Relatively few people are aware of isometrics or give incorporate it in their training programmes. The isometrics have many benefits when it comes to gaining strength, mass and making you more healthy.

Even if your goal is to build muscle mass, different approaches activate stimulate muscle growth. Once the body adapts to a type of stimulus it can become more difficult to build added mass.

The isometric methods in this article will allow you to break through growth plateaus easily, but it isn’t going to be pain free. That said, this is one of the most beneficial aspects to incorporate for muscle mass and lean definition.

Isometrics are exercises implemented, where the muscles are producing force without movement. This is achieved by either pushing or pulling against an immovable resistance.

You can also hold a weight in a certain position for as long as possible, this will also give the desired outcome. In both cases, the intent is different but the external outcome is equal.

Although similar looking, they have a slight difference in training effects. Overcoming isometrics have more transfer to concentric strength, this makes them more neurologically demanding.

They are best used for short, very intense exercises and have a greater impact on strength opposed to size.

Yielding isometrics have more transfer to eccentric strength and are less neurologically demanding. These can be performed and be done for longer, they work best to increase size opposed to strength with lifts. 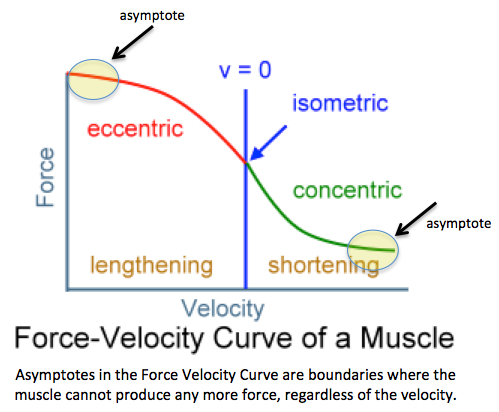 Displaying a high level of force in a specific movement is dependant on many factors:

You may find yourself having other, more specific issues that lead to sub-optimal performance on a lift.

For example: You may find yourself weaker at a specific point in the range of motion for a lift or be inefficient at recruiting a specific muscle involved in the lift. This could lead to a less efficient motor pattern.

Different isometric methods are going to be extremely effective at improving these factors.

There are plenty of factors that affect strength, but there are many factors to stimulating hypertrophy.

This is released through muscle damage caused by resistance training, this is when a combined with an accumulation of lactate inside a trained muscle and transient oxygen deprivation of that same muscle.

The last two elements (lactate accumulation and lack of oxygen) are maximised when blood flow to a working muscle is reduced or prevented altogether.

Related article:  USE YOUR ELLIPTICAL FOR UPPER-BODY WORKOUTS

If a muscle is not contracting hard, you are not recruiting a maximum number of fibres including the most growth-prone fast-twitch fibres. Because you can’t fatigue fibres that were not recruited, and a fibre that is not fatigued is not being stimulated, the impact on growth will be limited.

To release local growth factors you need to be able to cause a restriction in blood flow inside a muscle that is contracting long enough to result in a hypoxic state and an accumulation of lactic acid.

To occlude blood flow naturally you need to contract a muscle hard, the harder a muscle is contracting, the more blood flow inside that muscle is reduced. You also need to sustain that contraction throughout the whole set, the moment you release the tension, blood rushes back into the muscle and makes it a lot harder to maximise growth factors.

If you struggle at contracting a muscle hard and maintaining that contraction while moving the weight around, it will be hard to maximise growth factors.

MTor activation is maximised both by accentuating the eccentric portion and by reaching a stretched position while the muscle is contracting. You cannot optimise the process if you are not efficient at creating tension in a specific muscle.

Accentuating the eccentric means flexing the muscle hard, whilst performing the contraction hard throughout all movements of an exercise. If you are not efficient at flexing and contracting a muscle, you can’t maximise growth stimulation.

Performing correctly in an exercise is a function of: Movement pattern and Recruitment pattern.

A movement pattern is the execution of a movement or exercise:

Recruitment patterns are the order and magnitude of the contraction of the muscles involved in the exercise. For example:

Two people could have the same technical execution of a lift, but they may use a different recruitment strategy. One may use the quads to do a squat, whilst the other may rely more on glutes. Although the technique of the exercise will still look the same.

Isometrics are best implemented to work on changing the recruitment pattern or strategy being used during the execution of a movement pattern.