In a recent post on his official Instagram, he said: “So if I can get the dates to fall right next year I think I’ll get on stage at some point. Me and @kateerringtonbikini were talking today about doing a sport swap for a challenge so she’d be doing an under 63kg strong woman comp and I’d do a bb show. Could be fun.”

Hollands, the elite-level strength athlete that he is, has transformed his body in an epic fashion after working very hard to shift to a more aesthetically appealing physique. In one of his latests posts, he revealed himself to be pretty damn lean at 6’6’’, 340lbs. At his height, he won’t exactly be going for top prizes in bodybuilding competitions, but still – who can say they are not curious to see what sort of a musculature a lifetime of strongman training can generate?

Terry captioned one of his Instagram posts with this message: “Losing bad weight for me has been a good journey and an important one. Much as I know some would believe it’s for vanity but the reality is being 190kg is not healthy. Competing at wsm we have to get medicals done to enable us to compete, I recently had my blood work done and it’s better now than in all my years of doing strongman, so not only do I feel better, look better (imo) I am also much healthier. Training at the lower bodyfat is so much more enjoyable cause I can push harder without feeling so rough.” 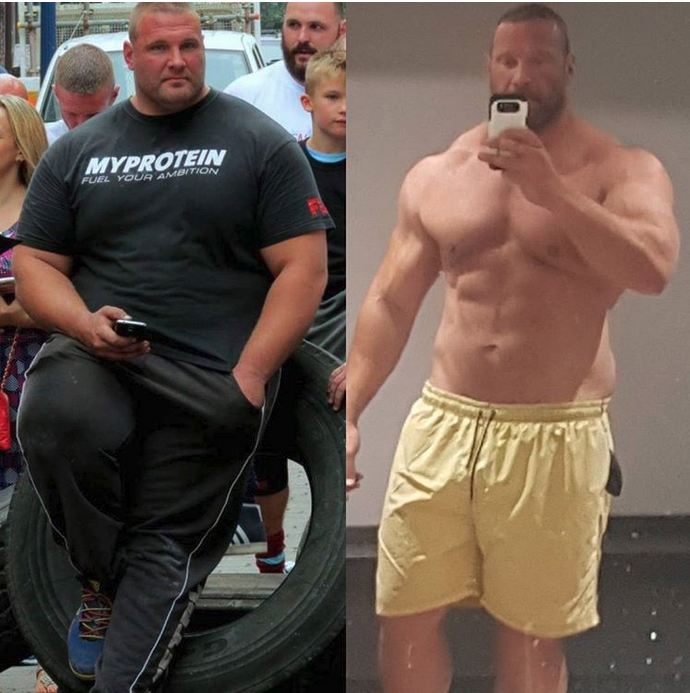 He adds: “I basically asked myself a question and it was a life changing one. Do I want to spend the rest of my life feeling tired, lethargic, out of breath, constantly sweating, have sleep apnea and just generally finding everyday tasks a pain OR do I want to be able to enjoy life again, feel good and be able to do activities with my son. It was a no brainer really.”

Good for you, Terry!

The strongman has participated in the World’s Strongest Man a spectacular eleven times, making the podium twice with two 3rd-place finishes, and today he is ranked the Third Strongest Man in Europe. 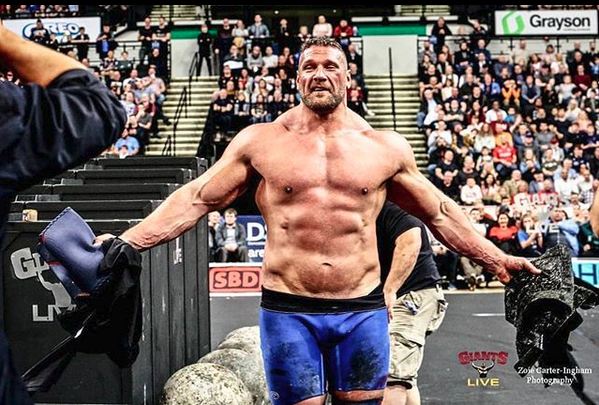 Former Mr. Olympia – Phil Heath stands 5’9’’ with ~252lbs and the most massive man in the bodybuilding world, Big Ramy, is 5’10’’, 295lbs. If Hollands takes the stage now, he could easily be labeled the most shredded strongman in the world of bodybuilding! 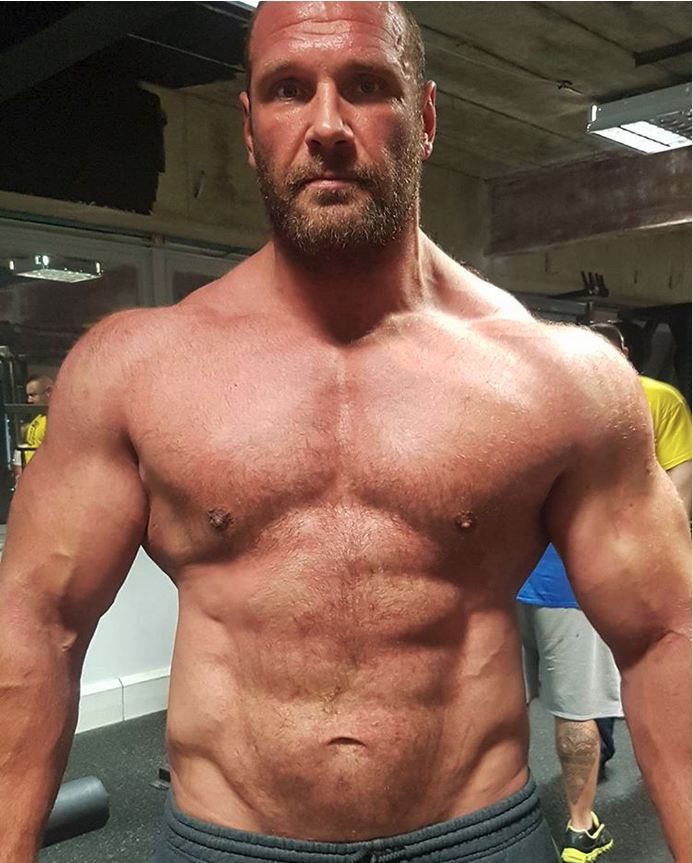 Judging by the amount of effort he put into transforming his body into a lean, sculpted masterpiece, he deserves all the praise and then some more!