It’s important to understand why the push-up, one of the simplest and well known basic exercises, is also one of the most important: The performance of body weight movements in relation to body weight is a key indicator of health.

With these 4 exercises you will develop core strength, stability and the sought after defined physique. Not only does the push-up focus on the core, it incorporates multiple muscle groups, including your: 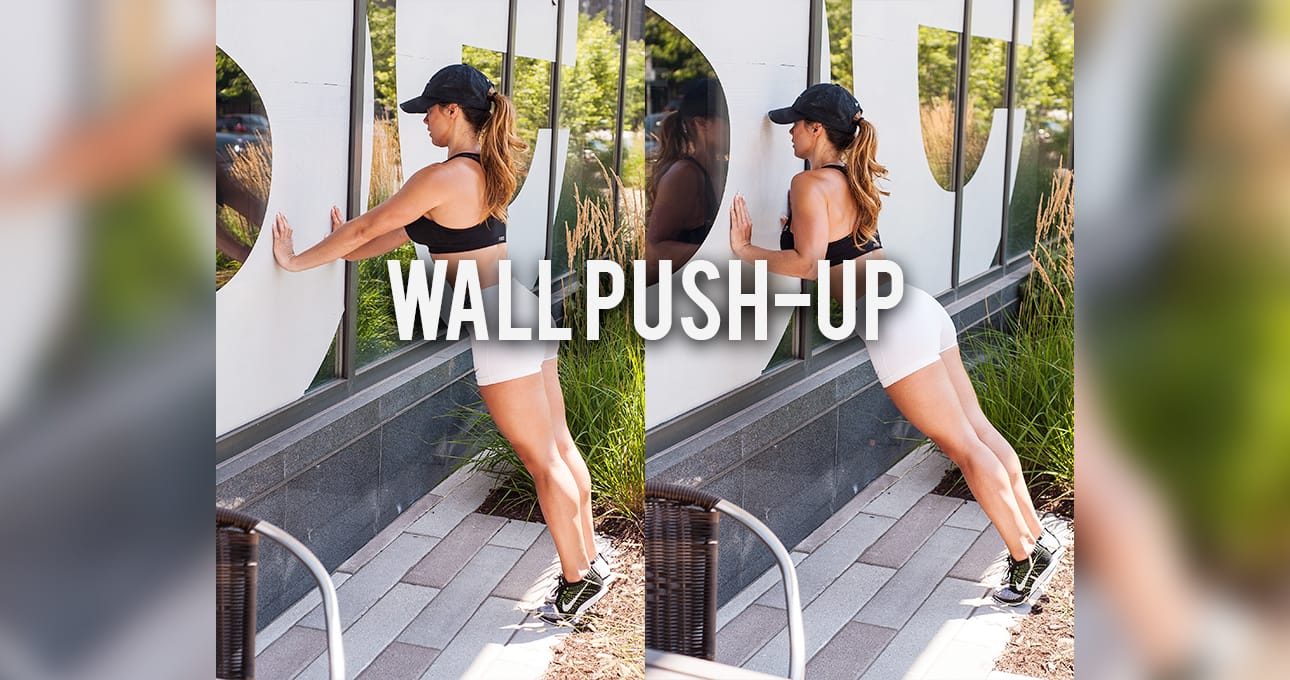 This is a regressed (lower-level) movement for those who struggle to complete a normal push-up, but with persistence you will get better and better! In a push-up, the tricep contributes the most amount of arm force, so developing your triceps with this exercise will aid you in the gradual fight against gravity.

The wall push-up is more tricep-oriented than the others, but also works the serratus anterior and core muscles.

For better activation of the chest, try incline push-ups! To accomplish the movement perfectly, keep the hands midway through the rib cage so the elbows come down to a 20º angle from the side of the body. While pushing the body up, push perpendicular (exactly away from) to the angle of the platform on which the hands are positioned.

Keep the neck neutral (straight), aligned with the rest of the spine and looking ahead. This type of push-up also activates the deltoids and serratus anterior.

Diamonds are definitely more difficult than a standard push-up, but a fun challenge! For optimal form, place the hands midway through chest, adjacent to the sternum. Make sure your elbows don’t go above shoulder height, even though they’re going out wide. At the top of the movement, extend the shoulder as much as possible vertically from your torso.

The decline push-up works the triceps, shoulders, and pectoralis minor, but also helps to improve the upper chest and serratus anterior. For the best movement, place the hands three-quarters of the way down the rib cage, beneath the chest.

Keep the elbows guided 30 degrees away from the side of the body horizontally. Push up and toward your feet, not at a direct upward angle from the ground. Gravity will be pulling you down and forward, but squeeze those core muscles and try to maintain as controlled a movement as possible

For ultimate push-up success, flexibility, and range of motion, first make sure you’re wearing comfortable workout clothing. On the same day as push-ups, you should be doing planks, body saws, and other shoulder mobility movements such as wall slides.