10 Celebrities Who Prove You Can Be Super Fit After 40

Most average Joes think that working out and looking fit after the age of 40-45 is out of the question. However, many fitness athletes as well as celebrities prove this theory wrong. You don’t have to be super young to be super fit.

Let’s check 10 celebrity “grandpas” that prove you can look athletic and fit even after 40. 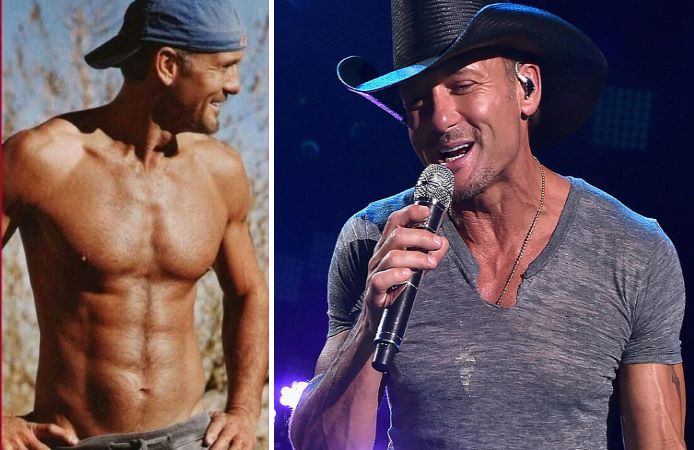 After neglecting his health for a long time, the country singer decided to finally make a change and recommit to his fitness in his 40’s. Though he started out with jogging, his workouts are now a mix of bodyweight moves, compound exercises with weights and MMA training. He also sticks to a clean diet 4-5 days a week. 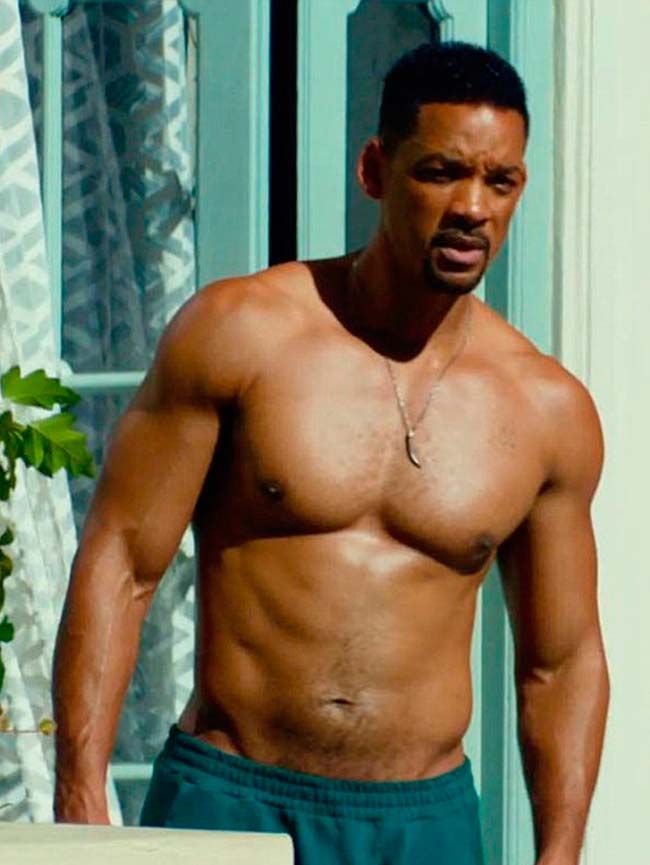 The Fresh Prince of Bel-Air has come a long way from his teenage days. These days, he is a regular in action films, and to sustain his action hero physique, he trains six days a week. He does free weights as well as boxing and running.

Mark Wahlberg has by far one of the most sought after physiques in the acting world, but he is also known for his intense workouts. Mark had to put on 20+ lbs of muscle for the movie “Pain and Gain”, and to do so, Wahlberg had to eat 10 times a day and lift weights 5 times a week. 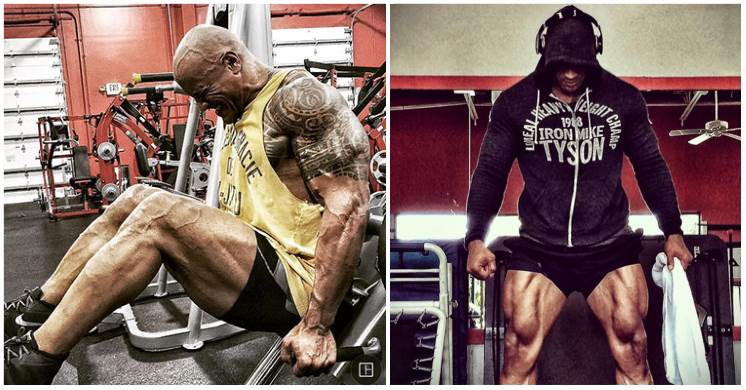 The highest paid actor in the world, according to Forbes, who earned $119 million from mid 2017 to mid 2018, is also known for his jacked physique and grueling workouts.

From his time on the football field playing for the University of Miami, to his days of WWE wrestling, Johnson’s physical strength and athletic ability have been the driving forces behind his success. Johnson uses a six days on, one day off schedule, which includes a 50-minute cardio session and then a muscle-group specific lift. 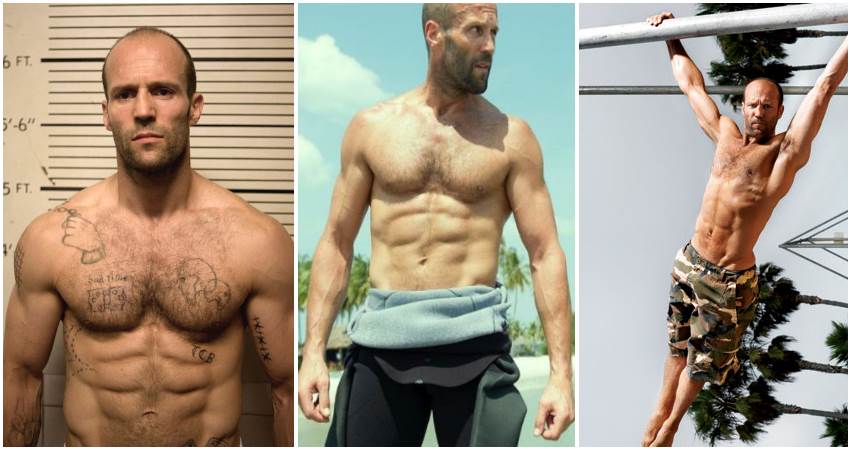 English action star Jason Statham is no stranger to working out and fitness as he was once a competitive diver. Statham loves boxing workouts and says he needs constant variety to stay interested in fitness. He eats well 95% of the time, focusing mostly on clean foods, but allows a treat such as chocolate occasionally.
6. Sylvester Stallone (72) 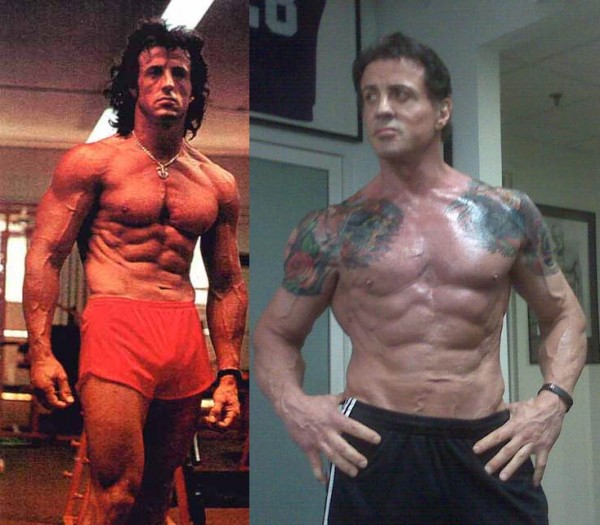 Sylvester Stallone is known for doing his own stunts and taking on physically demanding roles, from Rocky Balboa to Rambo, and has maintained his ripped physique as he’s aged. Stallone sticks to bodybuilding classics – heavy lifting followed by clean eating. For his role in the Rocky franchise, Stallone exercised six days a week, two times each day.
7. Arnold Schwarzenegger (71) 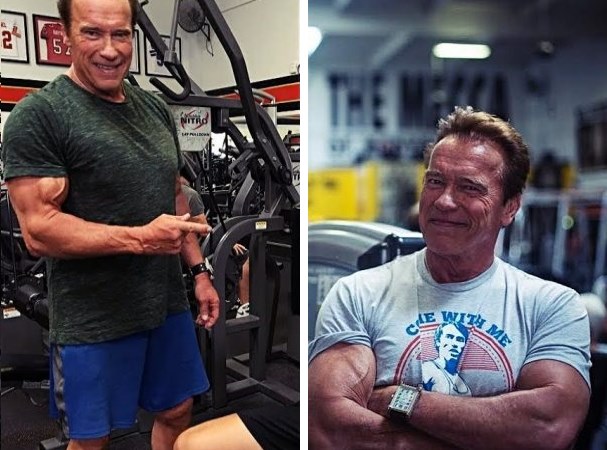 This guy needs no introduction at all. Arnold has shown that anything is possible as long as you are willing to work for it. He won Mr. Olympia 7 times, became an actor and a governor of California. Despite undergoing some health problems, Arnold’s age is no match for his determination and grit to build a fit body. 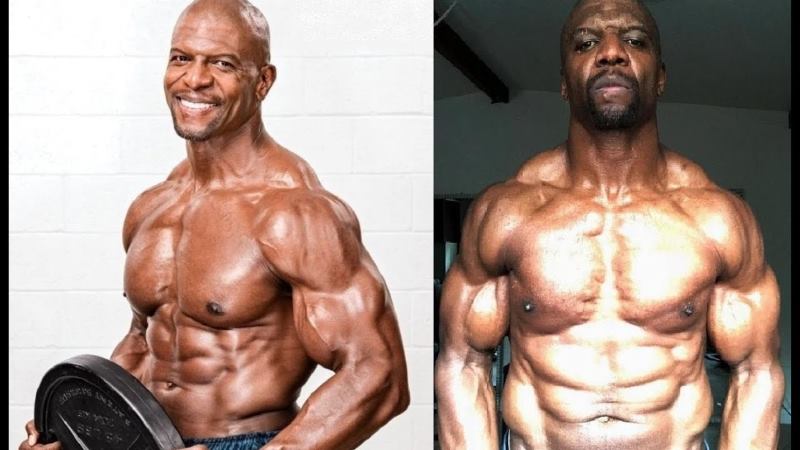 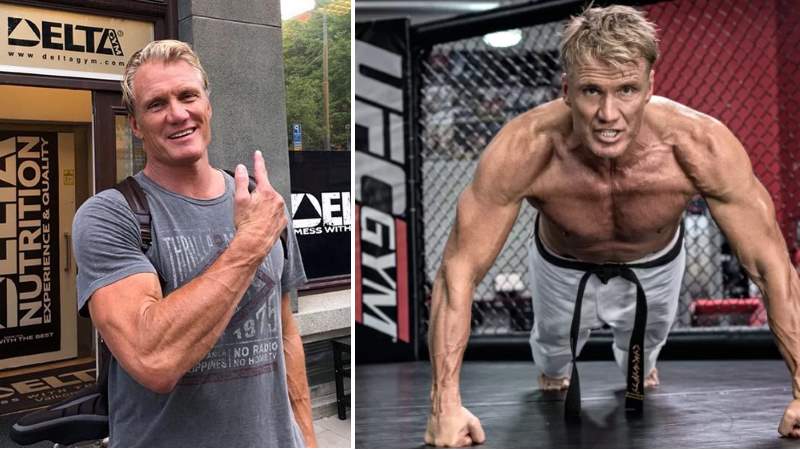 The Swede stays fit despite his age showing his fans that busy schedule isn’t an excuse for him to not to maintain already ripped post-60 bod. 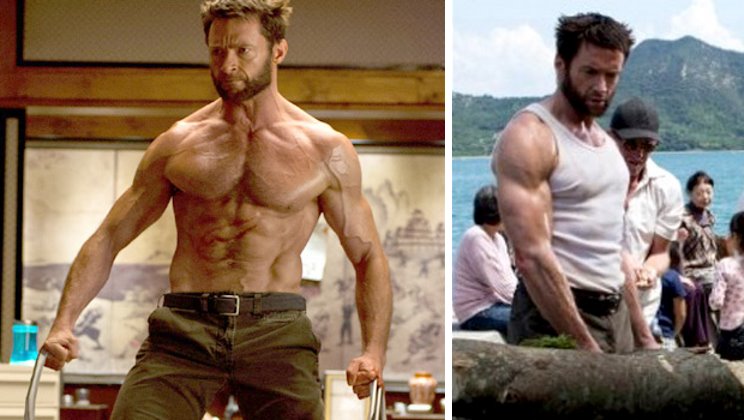 Hugh Jackman took his strength and physique to new heights at an age when most men are slowing down. It is really hard to believe but he took hi physique to a whole new level while preparing for “Logan”.