Hamstring training is often forgotten when putting together our leg exercises, leaving many of us at risk for imbalance and injury. Here are 8 ways to build bigger, stronger hamstrings!

Did you know when it comes to your physique, overlooking what you don’t see in the mirror can have repercussions that affect more than just your symmetry and appearance.

They are important for more than simply improving how you look from the back. They help stabilise the knee joint and they’re also one of the most frequently injured muscle groups. 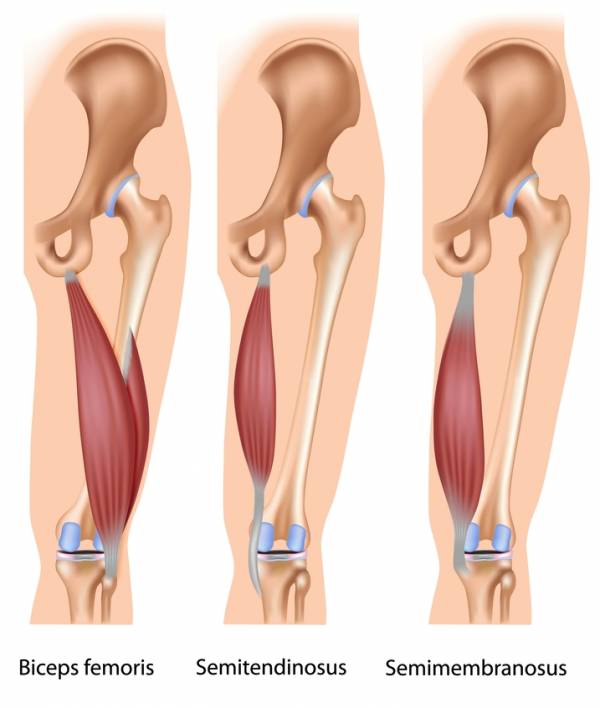 This may seem obvious, but doing this may require a substantial rewiring of your training split. You probably have a leg day and it includes exercises like: squats, hacks, leg presses, lunges, leg extensions and leg curls.

But your dedicated hamstring exercises come at the end of your workout when fatigue levels are high, you can barely walk and you are leaving the gym.

If you change your workout around and train them at the beginning, when your energy levels are highest, this can affect your rear-thigh strength gains. You’ll definitely be stronger on those ham exercises and you’ll be a little weaker on exercises towards the end of your workout. This is to be expected, and it’s why it’s done for the short term.

Train your hams after a rest day? Strategically placing a rest day, during which you eat and sleep well, before training a lagging body part can fuel you for a challenging workout.

You might also consider separating your hamstring workout from your quad workout. Here, you could do each workout on separate days (48hrs apart), allowing you to put greater energy into each workout without having to train one muscle immediately after the other in a single workout.

Hamstrings are recruited during squatting motions, but their engagement is rather limited. Workouts built around the squat do not maximise the strength or size development of the hamstrings.

You can still increase the degree of muscular tension on the hamstrings during hip-extension/flexion movements by doing a couple of things:

Placing your feet well out in front of the plane of your torso, can also reduce quadriceps activation, enabling the hamstrings and glutes to work harder.

Since this exercise is quite difficult to master (bend at the knees, not at the hips) and it’s difficult to use added weight, experiment with it as the first or last movement in your hamstring-focused workout depending on how many reps you can do. Stay in the 8-12-rep range, achieving muscle failure on your last rep, for best results.

Amongst the various leg-curl movements like standing leg curl, seated leg curl and Russian leg curl, each movement hits the individual muscles of the hamstrings differently.

Regardless of whether you choose seated leg curls or lying leg curls, do them in a slightly different rep range than you did with your first movement. So, if you start your workout with 8 reps, choose a resistance on your second exercise that provides a different intensity, such as 10-12 reps to failure.

By choosing a relatively lighter weight that works the muscle with a slightly higher rep target, you ensure the muscle gets trained in more than a single way from a single angle. 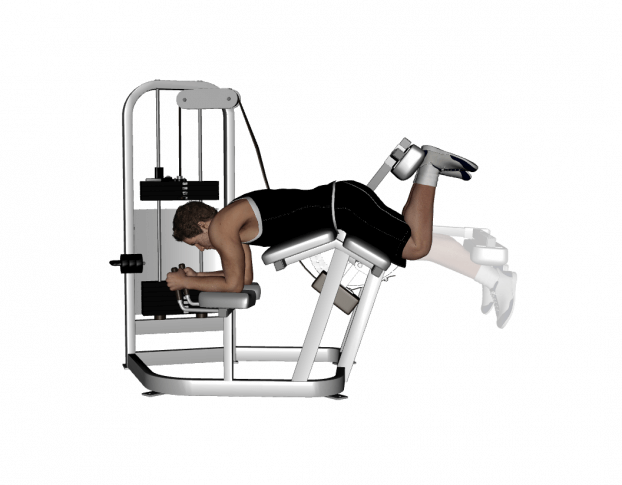 Work From The Hips

Choosing exercises to complement leg curls isn’t restricted to movements in which motion takes place at the knee joint. Since the hamstrings attach above the hips, exercises in which you’re bending over at the hip work the upper area of the hamstrings effectively. You could choose a good exercise, commonly the Romanian deadlift.

Romanians get confused with stiff-legged deadlifts, but there are important differences. While the stiff does recruit the hams, it’s basically a lower-back exercise, not a hamstring movement and the form is different. There’s no rounding of the back with Romanians, the bar stays very close to your legs and you don’t descend much past the middle thigh.

Learn those important distinctions so when you’re doing a hip-joint movement for hamstrings, you choose the deadlift that most effectively targets your hamstrings.

Building muscle in the shortest time means embracing the concept of training to failure. You lift until you can’t do any more reps on your own with good form. Taking selective sets past muscle failure can boost muscle gains, but not necessarily strength. Forget about just putting the weight down when it starts to get uncomfortable, you push through more reps!

Taking every set past failure is counterproductive, but you can do it with 1-2 of your heaviest sets of an exercise. Here are a few of the advanced intensity-boosting techniques, some of which require a spotter.

Related article:  Using Your Vacation to Improve Your Shape 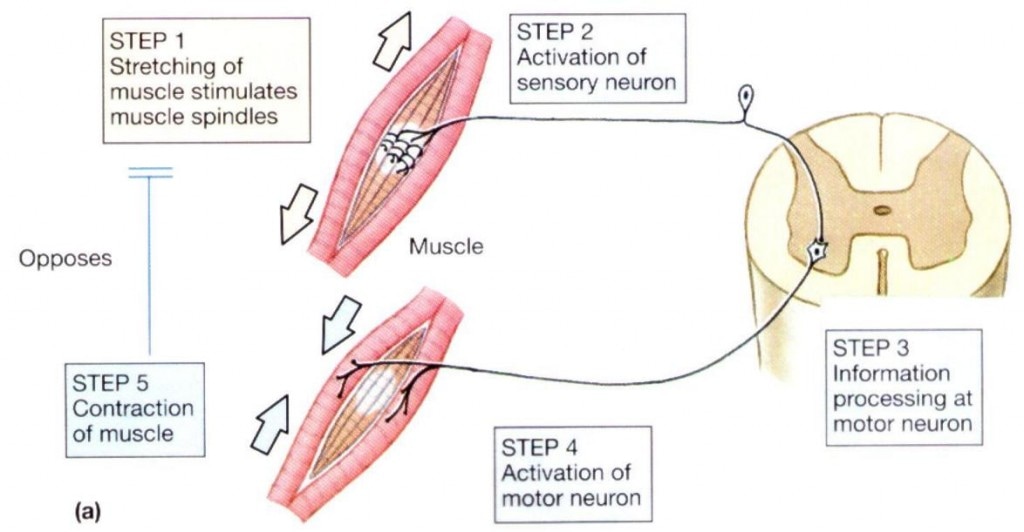 If you really want to focus on short-term hamstring growth, you can train your hams more than once a week for 6-8 weeks.

If you choose this approach, don’t repeat the same workout you did the first time. Your first workout could emphasise leg curls from the knee joint and your second workout could focus on the hip joint with Romanian deadlifts.

If you train hams twice, it could affect your quad workout and recovery, so pay attention to how you construct the split. Ensure there’s at least 48 hours between each of your three workouts, or combine quads and hams on the same day for one of the workouts to build in recovery time.

It’s good to stretch a target muscle after any workout, but it’s especially important with hamstrings. Tight hamstrings pull on the pelvis, contributing to misalignment that can result in low-back injury. Nearly every trainer has dealt with lower-back pain at some point and it’s not to be taken lightly.

A few 30-second hamstring stretches can help elongate muscle tissue that’s become shortened after an intense workout. Don’t restrict your hamstrings workout to just movements in which you bend at the knees. Bending at the hips also works the upper hamstrings and is a smart complement to leg-curl movements.